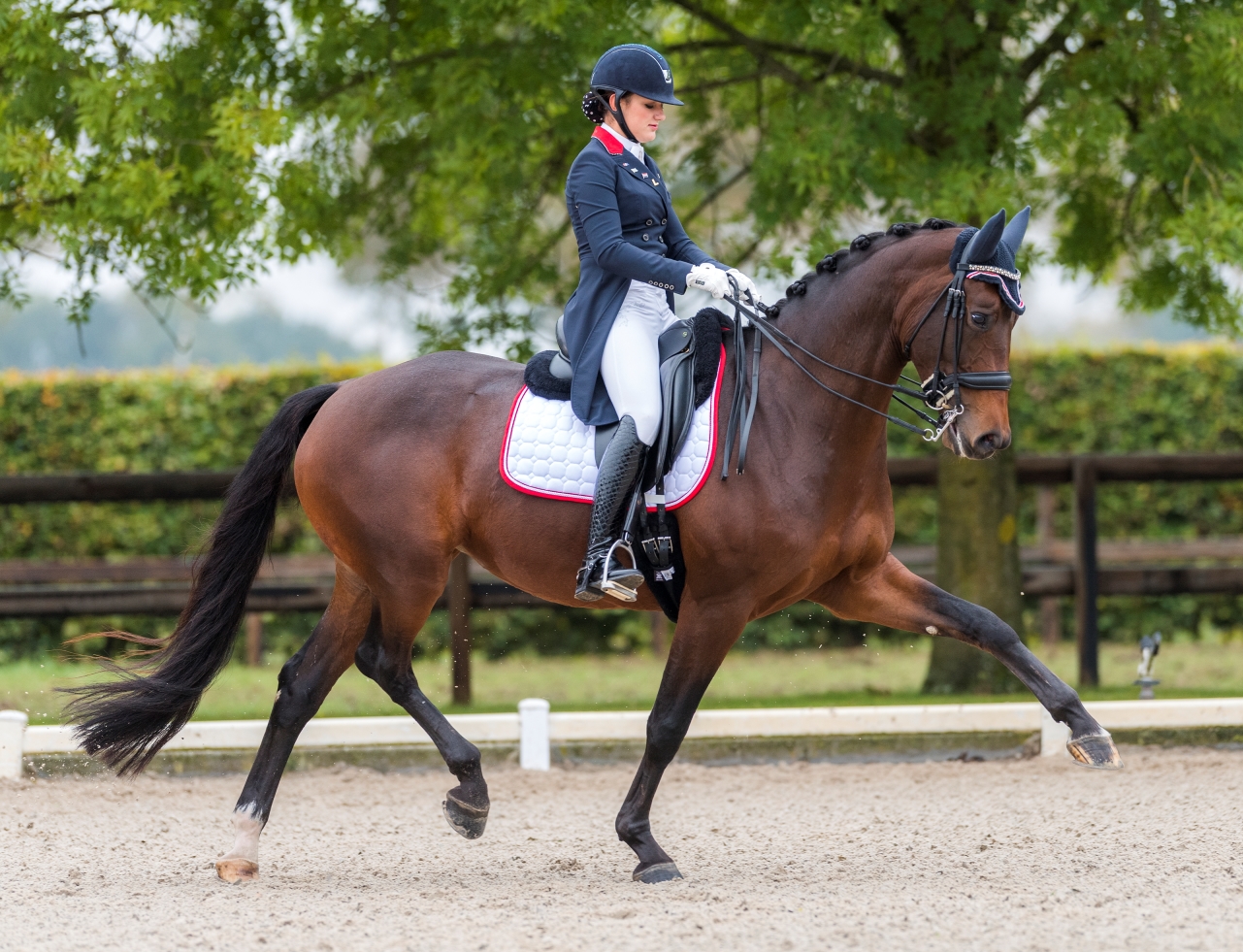 Posted at 13:46h in Uncategorized by uznstables

The CDI Zeeland Outdoor International came to an end. Lina and Donna Ray (s. United) competed for three days in a row at this fantastic international show in Nieuw- en Sint Joosland. It was their second time at international Young Rider level and also the second time they had the privilege to start under the American flag. We can conclude that our young couple again learned a lot from this experience. In a big field of 38 competitors Lina and Donna were constantly amongst the top 7 in this class.
They started the show with a good 6th place in the team test (70,53%). A pretty satisfied Lina commented: ‘Overall it was good. I had some mistakes, like in the extended walk and in the three tempis, but also enough highlights, like the left pirouette and collected walk. I’m proud of Donna. I have the feeling some things are starting to come together and become really good! Definitely.’

Progression was also shown the day after when Lina and Donna ended 5th in the individual test with a nice percentage of 71,18. ‘Much more expression but also a lot of small mistakes’, Lina said afterwards. ‘But I am super satisfied with my little powerhouse and also want to thank Anky for helping me!’

Regretfully the icing on the cake lacked on Sunday. The freestyle was not really the test we hoped for. The judges rewarded this performance with 71,4%, enough for place 7 and a little step back compared with the days before. ‘It was not really our day’, Lina confirmed. ‘But, we should look it from the positive side -says the never satisfied me :-). It’s only our second Young Rider competition and there’s still a lot to improve. We learn from this and move on to train harder and come back to try again!’