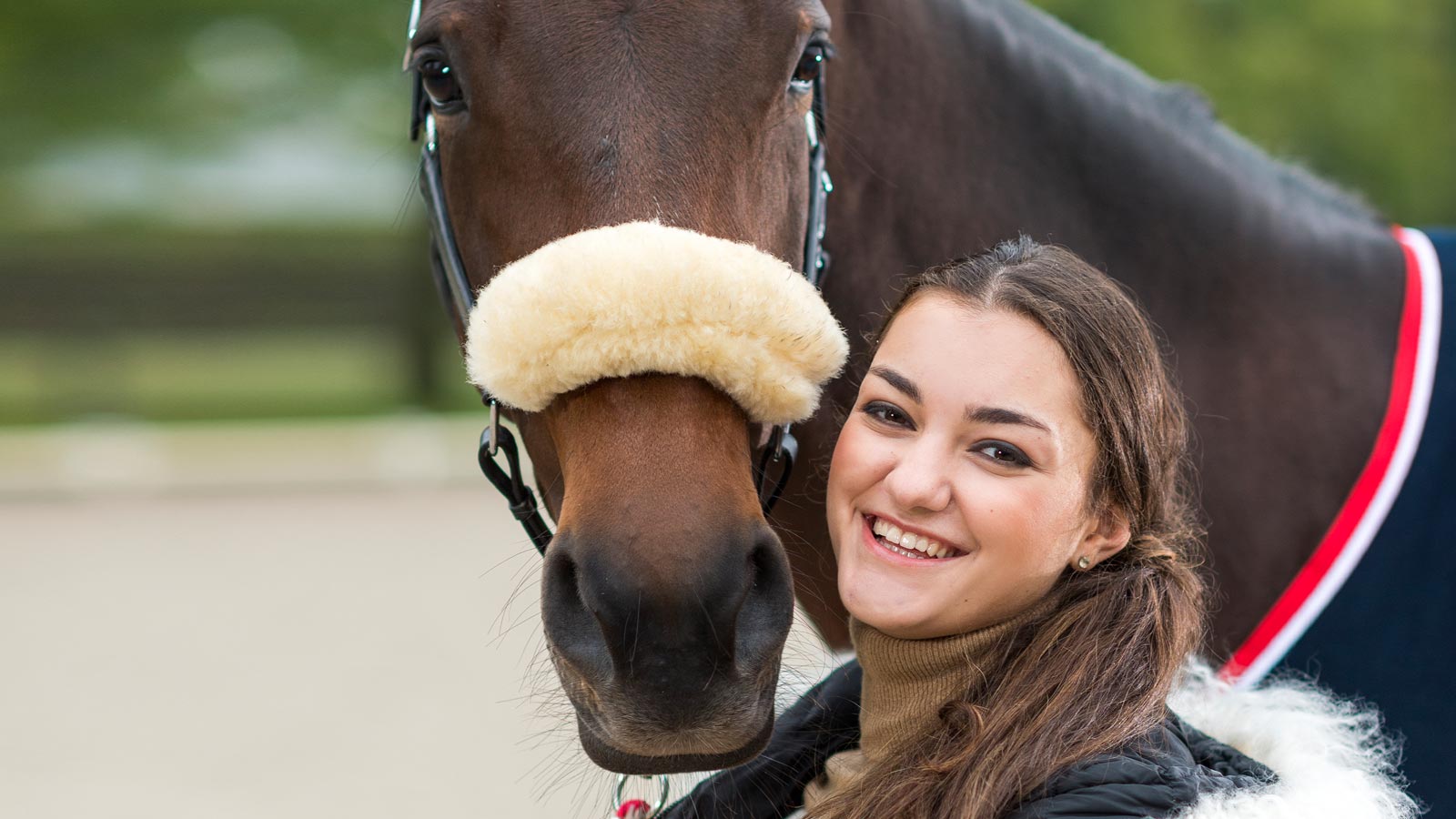 As a dressage rider, Lina Uzunhasan represents the United States. She was born in the USA in 1999, in Houston, Texas to be more precise. Her father Ali Uzunhasan has been closely affiliated with the US for a long time. He studied there and lived in the country for quite some time. Shortly after Lina was born, the family moved to her parents’ homeland Turkey, where she grew up in Istanbul. As a five year old she made her acquaintance with ponies at the riding school. She was smitten from the start. Soon after, Lina got her own pony and her parents also became infected with the horse virus.

Lina’s first actual dressage horse was Nick, who they found in Belgium. Together they won every national competition in Turkey, leading to her entering the Small Tour when she was only twelve years old. In 2011, Lina entered her first international competition at the FEI Balkan Championships with Sjonnie, her father’s horse. They immediately finished as the Children’s runners-up and also attended these championships a year later in Athens.

I was only five years old, but it felt like coming home!

Riding for the United States

In 2014, the Uzunhasan family took to Europe once more to find a really good dressage horse. After an intensive search they came across six-year old Donna Ray. Lina and the mare immediately connected. The pair already participated in the 2014 Juniors European Championships in Arezzo (Italy), only to repeat this a year later in Vidauban (France). Lina commuted between Turkey and the Netherlands on a regular basis for her lessons from Nicolette van Leeuwen. At a certain point she switched to Anky van Grunsven as her instructor. In July of 2015, Donna came to the Van Grunsven’s yard, soon followed by the Uzunhasan family’s move to the Netherlands.

Donna’s results kept improving. At the Juniors European Championships in Oliva (Italy) the pair took fourth place in the team test and a fifth place in the individual test as well as the freestyle to music. After these championships Lina switched to Young Riders, rewarded by a winning début in Roosendaal (Netherlands). All this accumulated in a memorable moment in January 2017. For quite some time, Lina had considered riding for the United States and she then substantiated her wish. At the time she commented: ‘I feel proud riding under the American flag. It also gives me the opportunity to ride against strong competitors and I am seizing this opportunity with both hands.’ 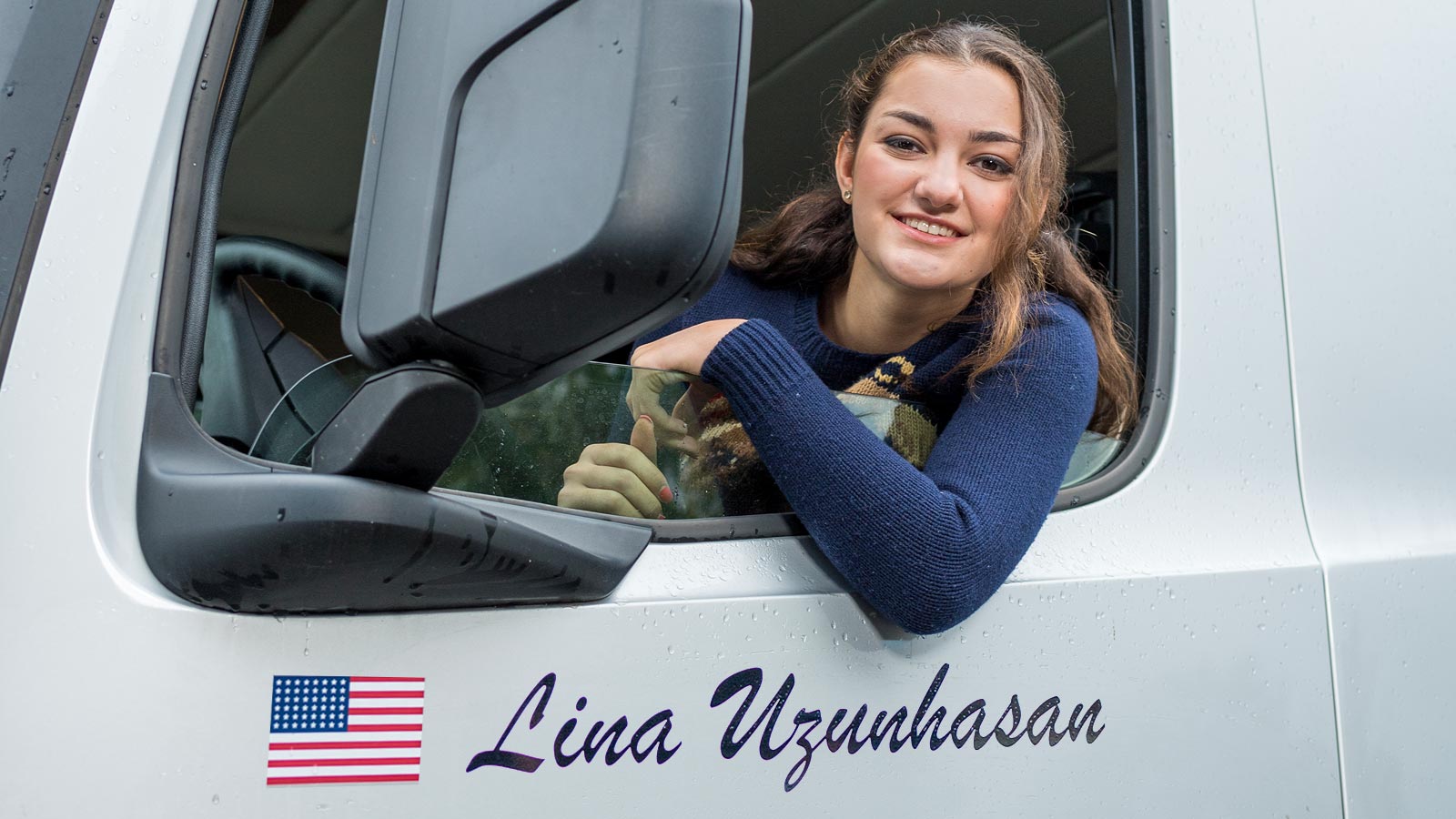 With Donna I directly had a connection

Meanwhile, the Uzunhasan family remained loyal to the Netherlands as their operating base. In 2017, the first part of the UZN Stables was completed, a brand-new dressage yard in the Sint-Oedenrode countryside. These stables offer every possible facility for training and selling talented dressage horses. With Lina’s career still progressing, the rider achieved several international successes with Donna Ray as well as multiple good results with other horses. To develop even further, Lina started training with the German rider Helen Langehanenberg in 2019. She also makes use of Australian-born Tristan Tucker’s expertise to get a maximum result with her horses. 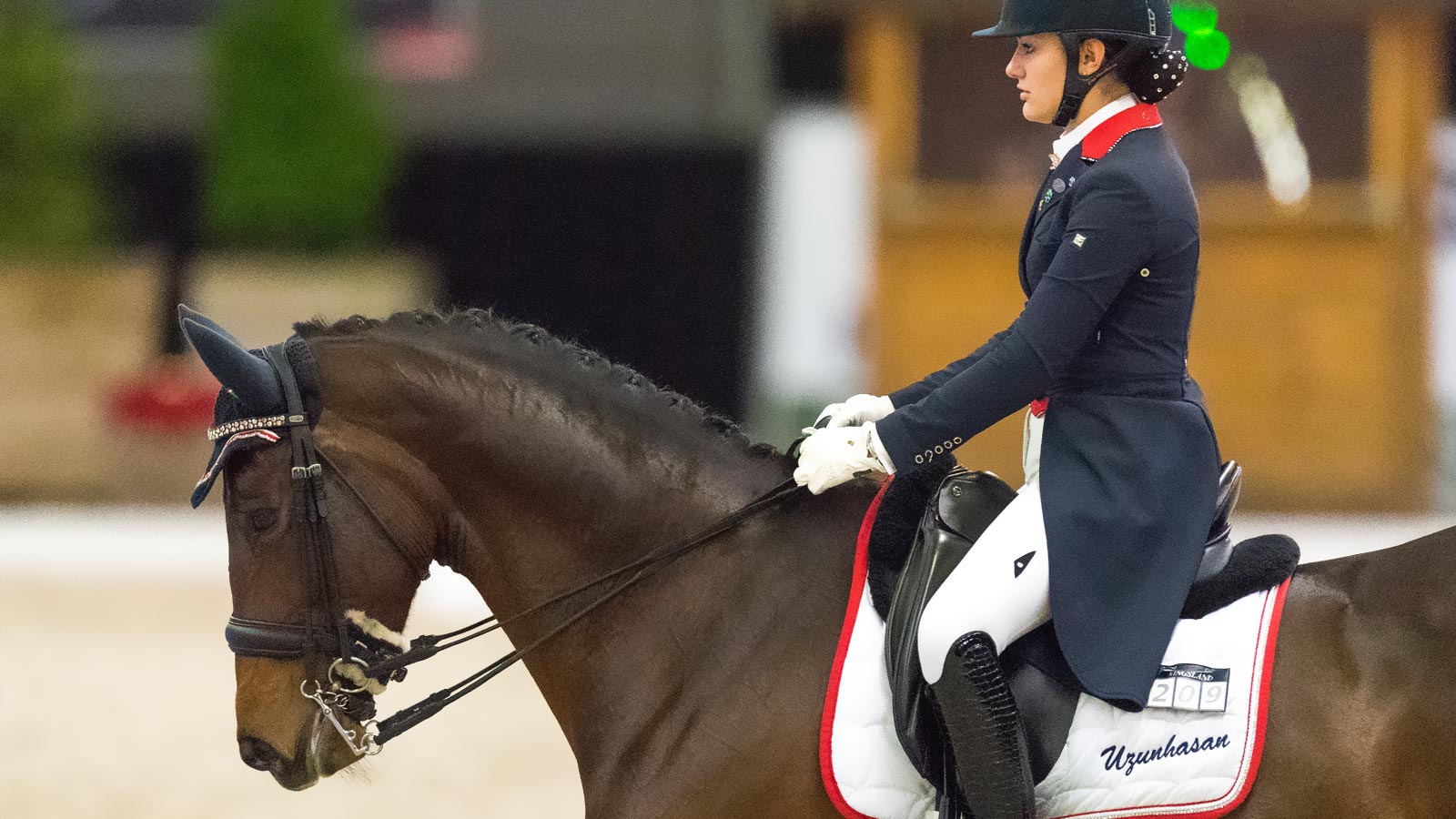 Lina is influenced by some of the world’s finest dressage trainers, such as Helen Langehanenberg, Tristan Tucker, Anky van Grunsven and Nicolette van Leeuwen. As a rider, she is extremely studious, easily absorbing all the knowledge handed, which also comes in handy with her Tilburg University study. At a young age already, Lina noticed she liked coaching dressage riders herself and that training is in her blood. She’s currently in the highly regarded USEF’s instructors’ course. It’s possible to follow dressage instruction (in English) by Lina. If you’re interested, please feel free to contact us.

‘I love having Petrie as a sponsor! Their beautiful riding boots can be customised completely, as is the case with mine.’