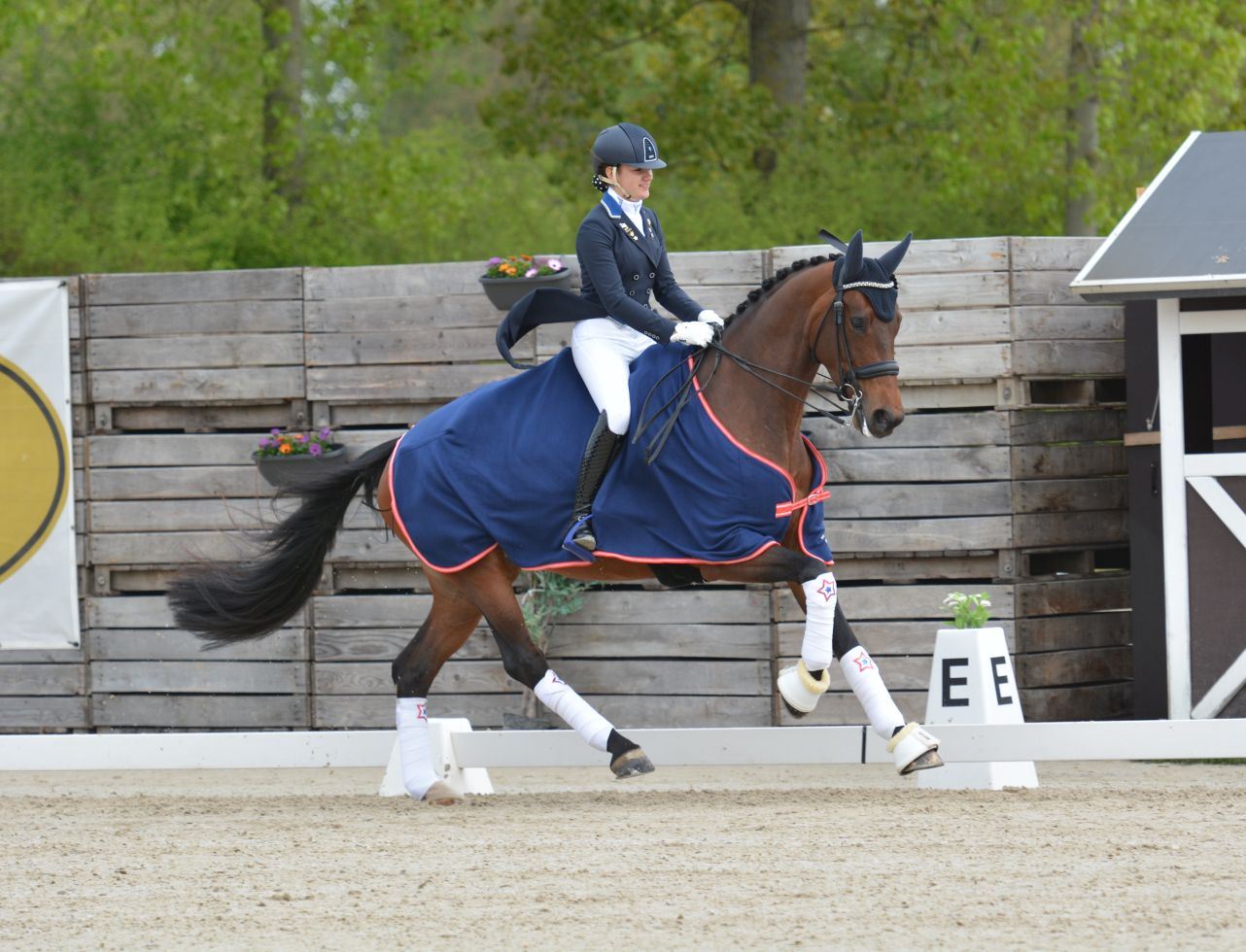 14 May Fantastic hattrick at the CDI Sint-Truiden! *video*

Posted at 13:50h in Uncategorized by uznstables

What a special Easter weekend for Lina. She and Donna Ray (s. United) were able to reach three victories in a row at the CDI of Sint-Truiden! The successful show at the Belgian Gravenhof Stables started for them on Saturday with the team test. The performance was fine but there was also a stupid mistake, admits Lina. ‘We made a one tempi on the short side of the arena. Despite that it went well and we got the first place.’ A special moment came at the prize giving ceremony. For the first time The Star-Spangled Banner, the national anthem from the USA, was played for Lina, who commented: ‘At that moment it was as if everything fell in place. It really feels as ‘my’ anthem.’

The result was just a forerunner of what was about to come. Easter Sunday brought even a better performance. A fluently ridden individual test got rewarded with 72,675% by the three judges who were in line. The score meant a personal best for Lina and Donna and our duo was again in front position at the prize giving ceremony. On Monday they put the cherry on the cake. For the third time in a row the Stars and Stripes were raised in Sint Truiden after a Young Riders class and of course Lina and Donna were responsible for it. They were even pretty dominant in the freestyle by closing this test with another personal record of 75,933%. An enthusiastic Lina: ‘Is it possible to be more proud? So in love with my little superstar! The last two days were really good. She did the pirouettes super good and for me the canter work was an overall highlight during the last two tests. In the freestyle I used my Inter I music from Indoor Brabant that I had to adapt to the Young Riders and it worked really well.’

The video below shows the freestyle from Lina and Donna in Sint Truiden: