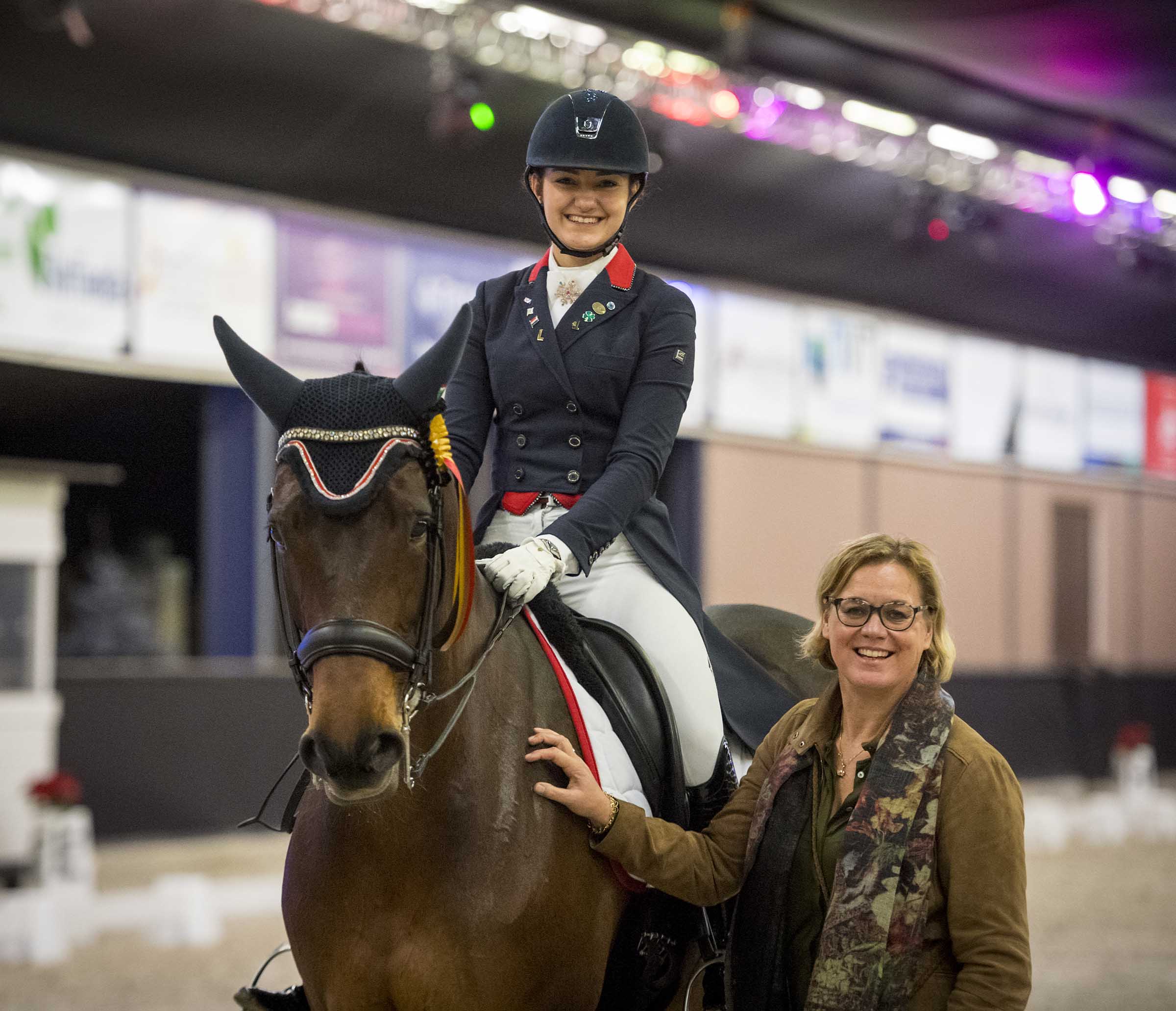 Posted at 12:32h in Uncategorized by uznstables

This was more than Lina had dared dream of. The 17-year-old rider made a great international Young Riders debut together with her only eight-year-old Donna Ray. The duo entered the arena as one of the last competitors in this class at CDI Roosendaal. Donna was at ease and focused in the ring and did a good job in this Young Riders tour opening class. Lina had a good ride herself and the duo scored 71.623%. This result was good enough for the first place in the team test. ‘Wow, wow, wow! Our international debut went above expectations! 71.623% and we practiced this test only twice. Still room for improvement but what a fantastic horse!’ Lina stated on Facebook after the competition.