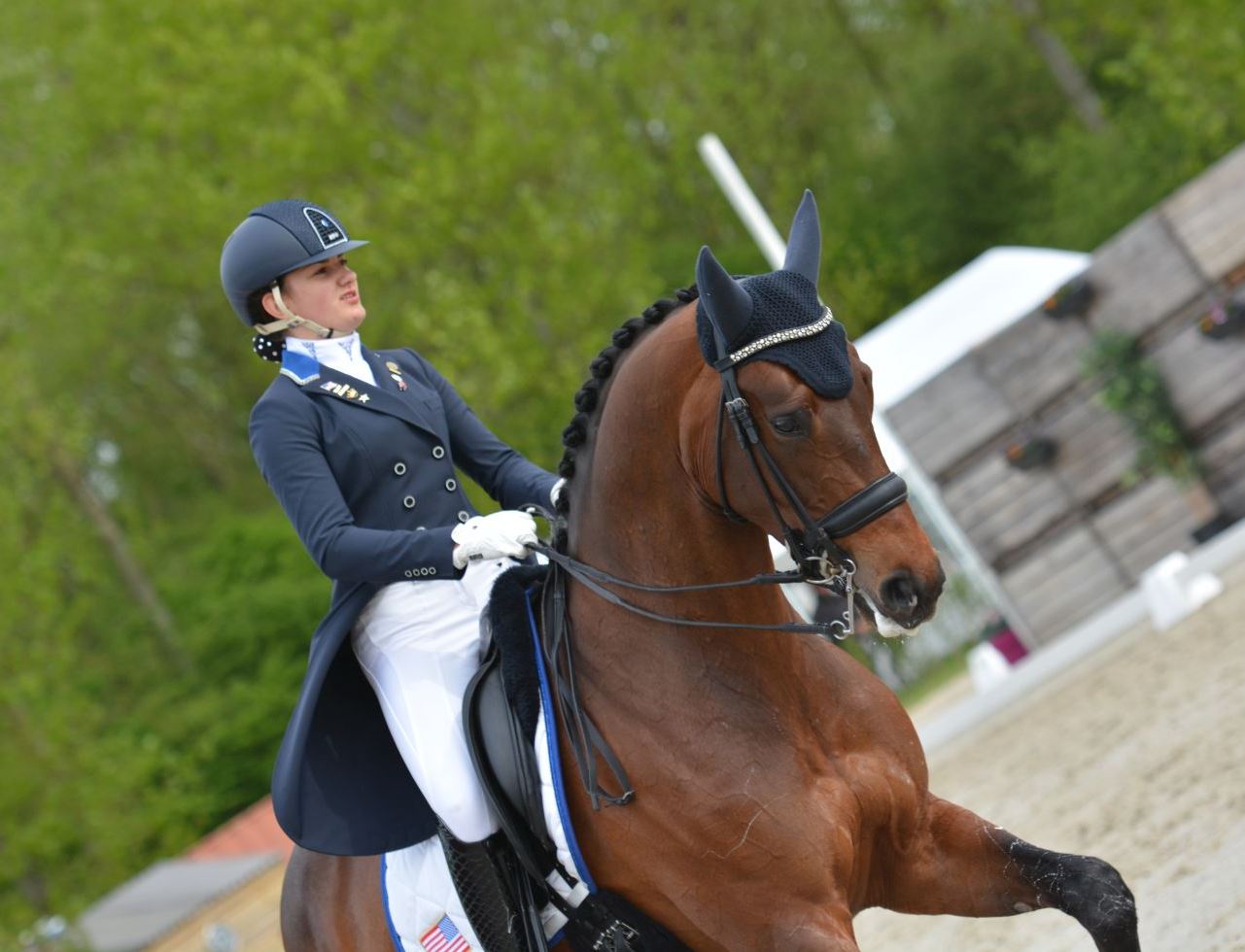 14 May Lina ranked fifth on the Youth Dressage World Ranking

Posted at 13:53h in Uncategorized by uznstables

After only three shows at Young Rider level Lina and Donna already climbed to fifth place at the latest version of the FEI World Ranking Dressage for Young Riders. After a winning debut in Roosendaal at the end of last year they entered the World Ranking on place 128. The duo gain more points during the CDI Zeeland Outdoor International but especially the recent three victories at the CDI of Sint Truiden made the current big leap forwards possible. Lina’s first reaction was: ‘Wohooo, ranked number 5 with my little princess! I want to take this opportunity to thank my amazing trainer Anky van Grunsven and my amazing parents for their continued and much appreciated support!’
With her current position Lina is the highest ranked Young Rider from the USA. A bit special is that simultaneously she is also the highest ranked US Junior rider because of her strong results from the second half of 2016 in this age category. Where she will surely disappear on this ranking, it would be fantastic if she can climb even higher at the YR rankings later on this year.

Look here for the current ranking (no. 28)