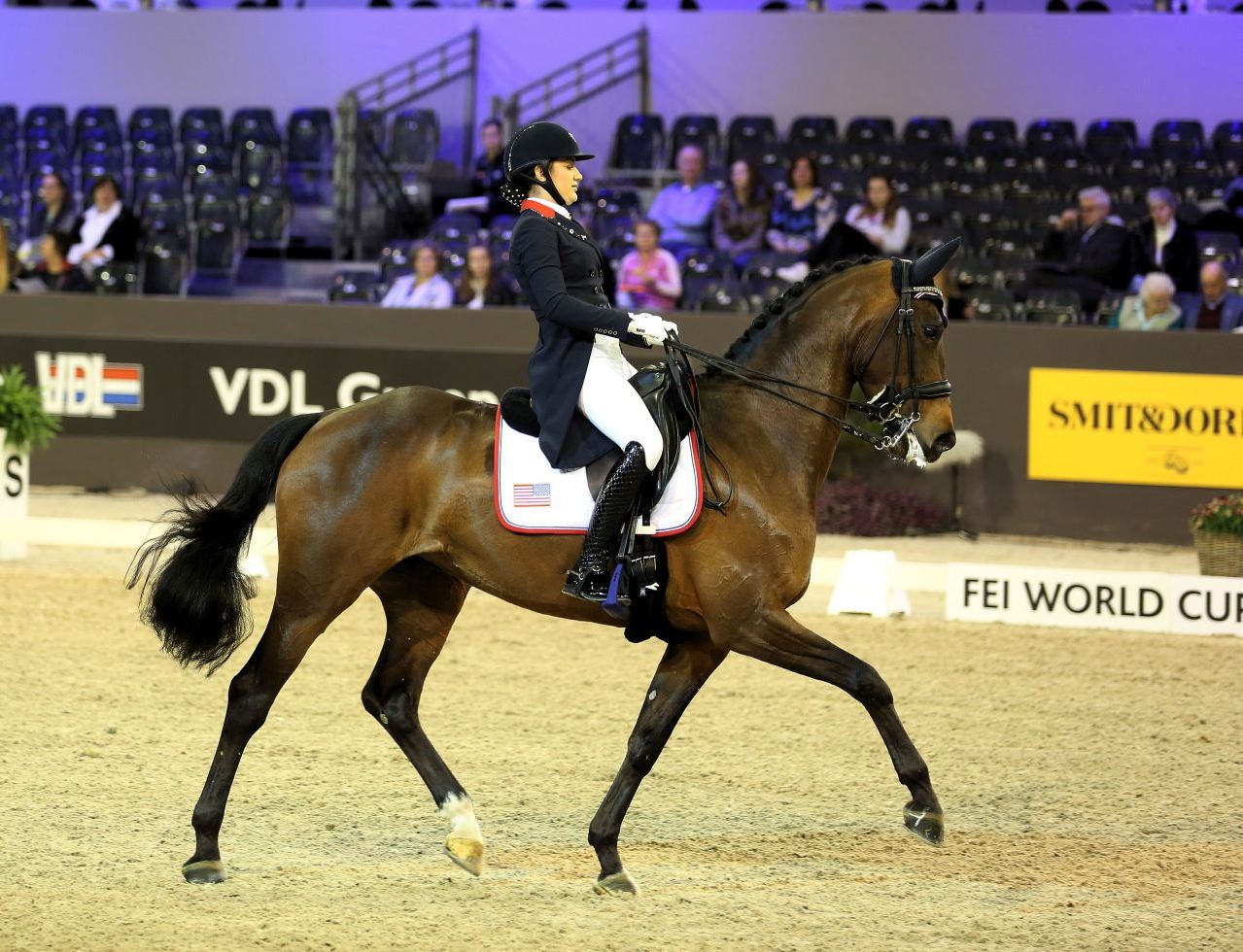 14 May Looking back at Indoor Brabant

Posted at 12:59h in Uncategorized by uznstables

The show at Indoor Brabant has come to an end for Lina (17) and Donna Ray (9). The performances of the youngest couple of the entire international field brought a sixth place (70,29%) in the Prix St. Georges and a seventh place in the Intermediate I Freestyle to Music on the scoreboard. Extra memorable for Lina was her international debut for the USA, she did at this show. It happened in the opening class of the Small Tour on Friday. Lina says about it: ‘I was pretty nervous before the beginning of this big event. Once I sat on Donna my nerves were gone. Donna did a terrific job. She behaved super in the ring! Anky was happy also and that means something, ha ha. There was some disappointment about the points, but that can happen.’

The day after it seemed also not easy to gain a lot of points. Lina and Donna already had to start as third. They showed a good ride in this completely new freestyle, called Heart of the Wind. The young couple lost some points in the pirouettes and at the beginning of the last center line but beside that there were various highlights, like the tempi changes and the half-passes in trot and canter. It was really nice to hear the great comment from Tineke Bartels. The former team coach of the Dutch youth was co commentator at this show and said: ‘I really enjoyed this. Beautiful lightness and suppleness, a good contact and nice flying changes. It’s good to see this from a rider who is so young between all these experienced senior riders.’

Freestyle of Lina and Donna at Indoor Brabant:

Prix st. Georges of Lina and Donna at Indoor Brabant: