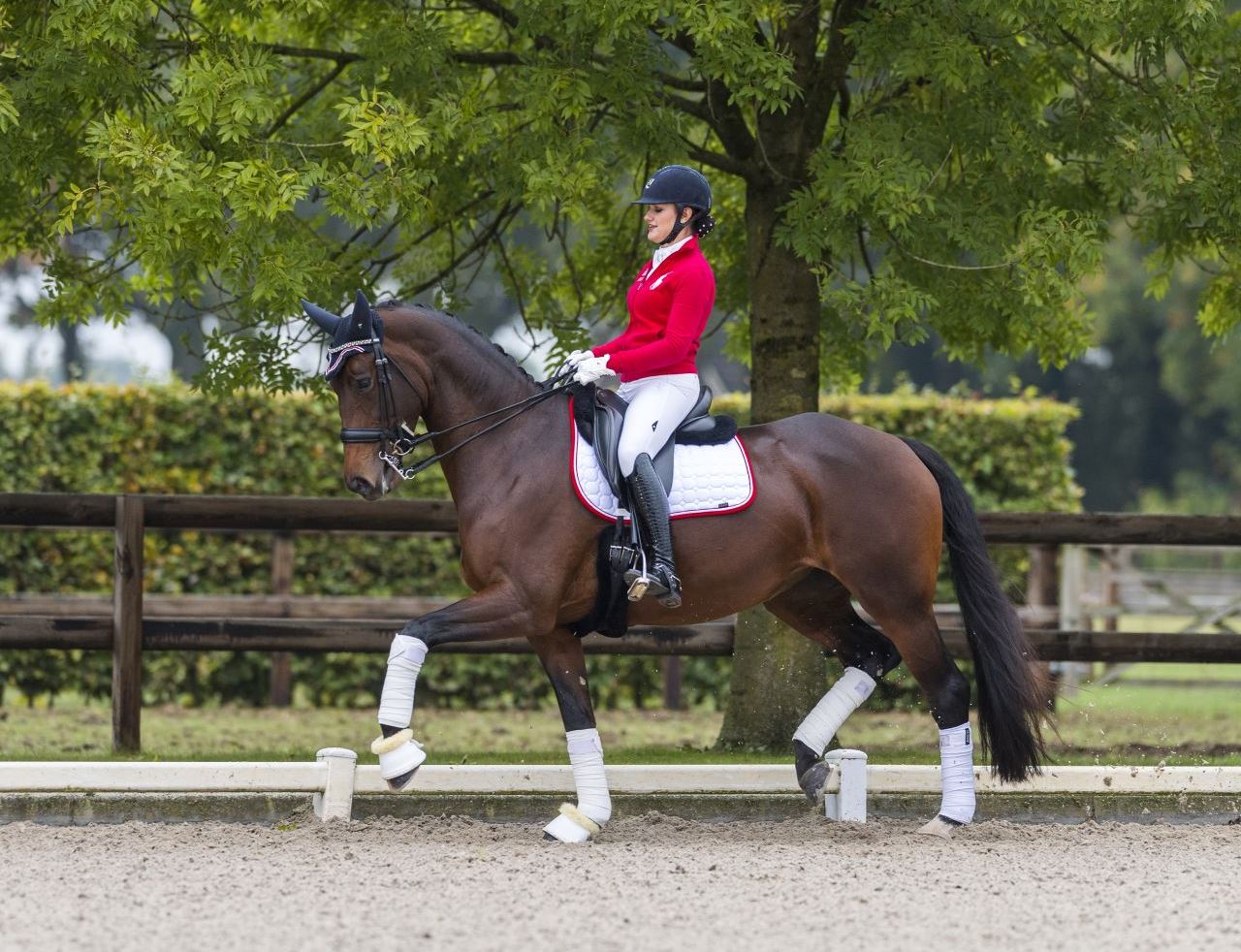 14 May Premiere of the new freestyle

Posted at 12:57h in Uncategorized by uznstables

With excitement we look forward to Indoor Brabant. At this famous international show in the Netherlands Lina will not only make her debut for the United States but she will also present her new freestyle with Donna! Below you can see a preview of Lina’s new freestyle. It’s called ‘Heart of the Wind’ and it’s composed out of various music that Lina loves. ‘So very motivating to ride as well’, Lina says.

The Freestyle at Intermediate I level will start Saturday morning at 9 o’clock. The day before the two will have their Prix St. George test at the show in ‘s-Hertogenbosch. Lina is excited about it and has an extra challenge during the countdown towards the event: ‘It’s a very stressful week for me since my exams are also starting and will continue next week. I have been studying at the stable for a couple of days, haha. Obviously Indoor Brabant is very wow for me. I saw the entry list and I thought, seriously! I’m gonna be there in the same stable with riders as Edward Gal or Hans Peter Minderhoud!! I really hope everything goes well!’