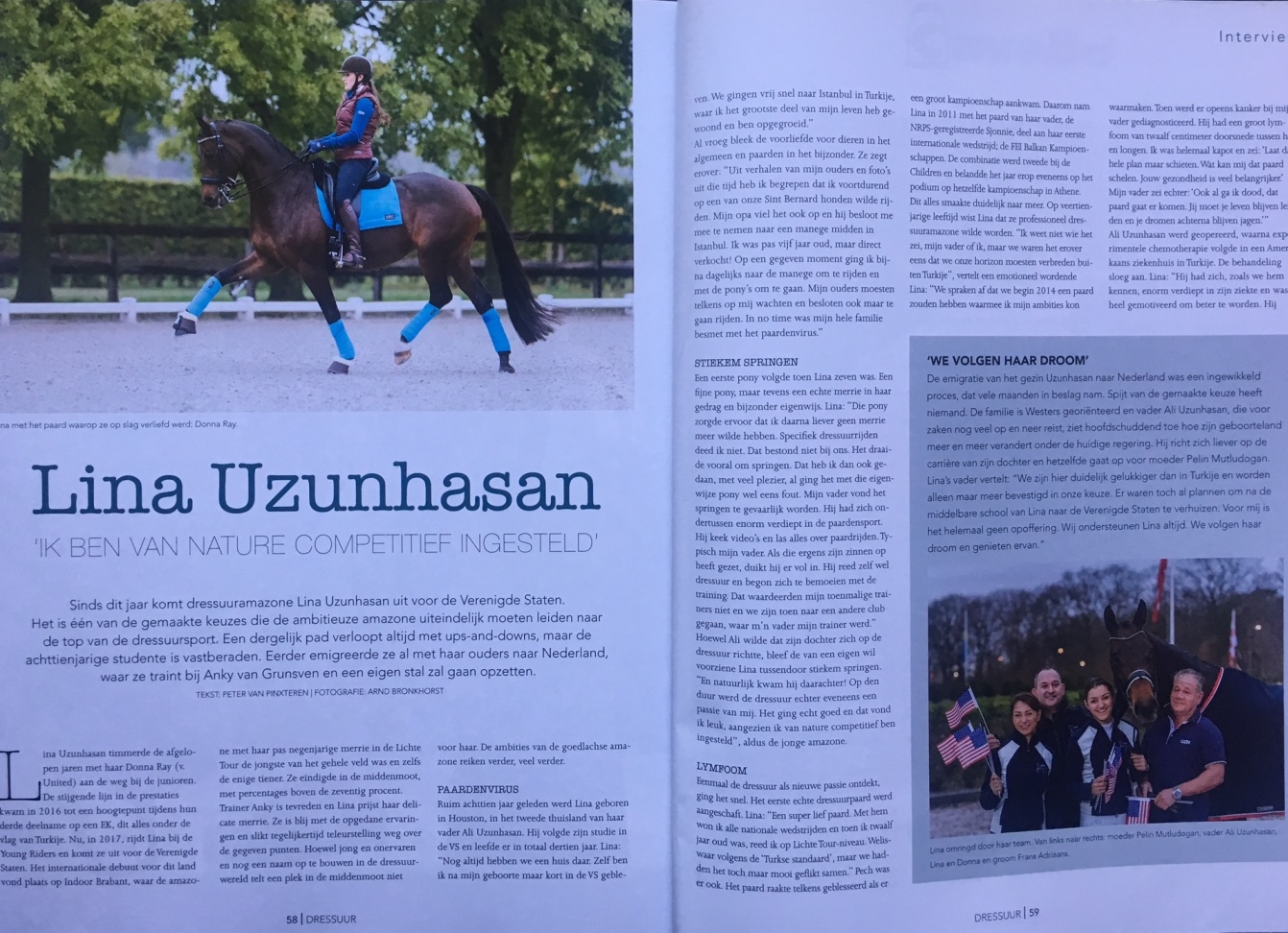 14 May Publications in Dressuur and Cap magazine

Posted at 13:54h in Uncategorized by uznstables

Recently articles about Lina have been published in two horse magazines, both of them in the Dutch language. The first publication was in Belgian Cap magazine and the second one was in Dressuur (picture above), a magazine that specifically targets at the big dressage community in the Netherlands. Both articles were written by Peter van Pinxteren with pictures from Arnd Bronkhorst. The stories were about the background of Lina and her choices to move to the Netherlands and change her rider nationality to fulfil her dream of becoming a world class dressage rider. Soon we also expect two publications in the US. One article will be published in the magazine of USEF the other one in the Chronicle of the Horse. So to be continued.