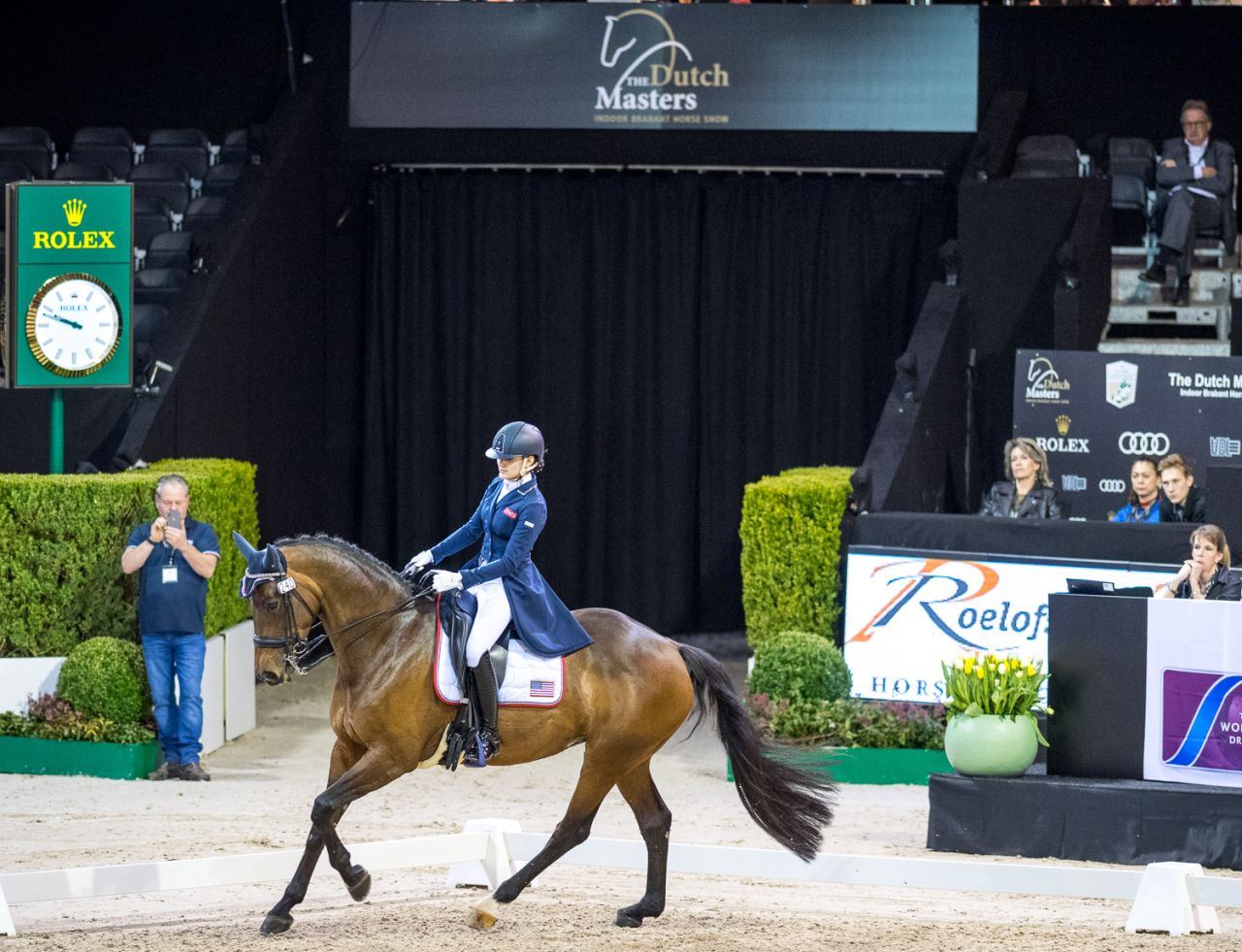 14 May ‘Regretfully not our show’

Posted at 14:34h in Uncategorized by uznstables

For the second year in a row Lina and Donna Ray competed at Indoor Brabant, the show that has been renamed as The Dutch Masters. Although our duo has been working towards U25 level in training, they started at Small Tour level during this prestigious event. Again it turned out to be a great experience to be part of this show but regretfully the performances weren’t what we had hoped for. Too many mistakes were made in the Prix st. Georges which led to a rather disappointing 7th place (67%). Lina: ‘It seemed difficult to fit the Small Tour exercises within the piaffe and passage work in training. Besides that everybody has his bad days and this was one of ours.’

The next day Lina and Donna had a second chance in the Freestyle. This time the action took place in the main arena of The Dutch Masters. Our duo aimed for a better performance and succeeded in doing so. Lina and her top mare produced a nice but not flawless ride with highlights like the series with flying changes and the extended trot. Despite the improved performance the judges didn’t reward it (9th, 69,9%), which was a pity. Tineke Bartels who was co-commenting the test for the audience said: ‘This was a real nice Freestyle, one that you want to see at this level. The music fits this combination and is not too prevailing.’

Lina said afterwards: ‘For sure it was better than yesterday but I know we can do much better than this. Apparently it was not our show. Anky agreed that we rode a better test today but she could not be satisfied because she also knows how we can perform. Nevertheless it was a good experience at a truly fantastic event. It would be nice to ride more often at shows like this one.’