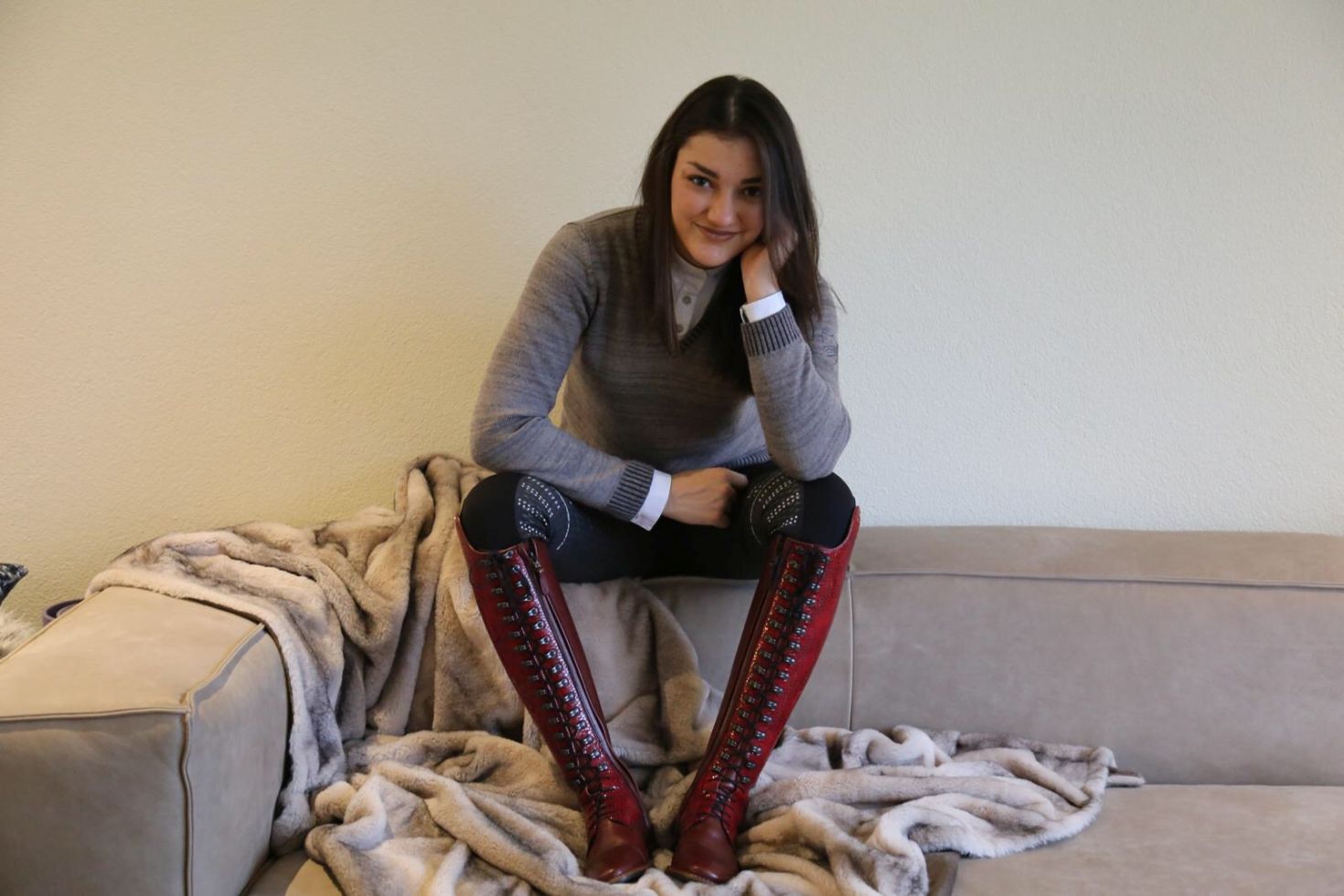 14 May Sponsoring by Petrie Riding Boots!

Posted at 14:30h in Uncategorized by uznstables

It was a great end-of-the-year present lying under the Christmas tree. The long-expected riding boots from Petrie were delivered just on time at the UZN Stables ?. Lina had earlier chosen two pairs and had them custom made as part of the new sponsorship with this well-known Dutch brand specialised in producing the finest riding boots in horse sport. The way Petrie works made it easy for Lina to personalize her boots regarding colours and design.

For Lina herself it’s of course fantastic news that after Roeckl Equestrian and Animo Italia another top brand has confidence in her and wants her to be one of their representatives. Beside that it’s interesting for Petrie to have an American rider (based in the Netherlands) in their team. Lina’s results and her (social) media activities paved the way and after bringing all parties together by communication agency Bronkhorst & Van Pinxteren the sponsorship could be made.

Combining the Petrie boots with the gloves from Roeckl and the clothes from Animo means Lina has now beautiful training and competition outfits for 2018. All the sponsored outfits will be photographed during a shoot that is scheduled in short notice. These pictures will be used for different media expressions, like social, website and press releases, which will make sure the sponsors will be visible at the best possible way.