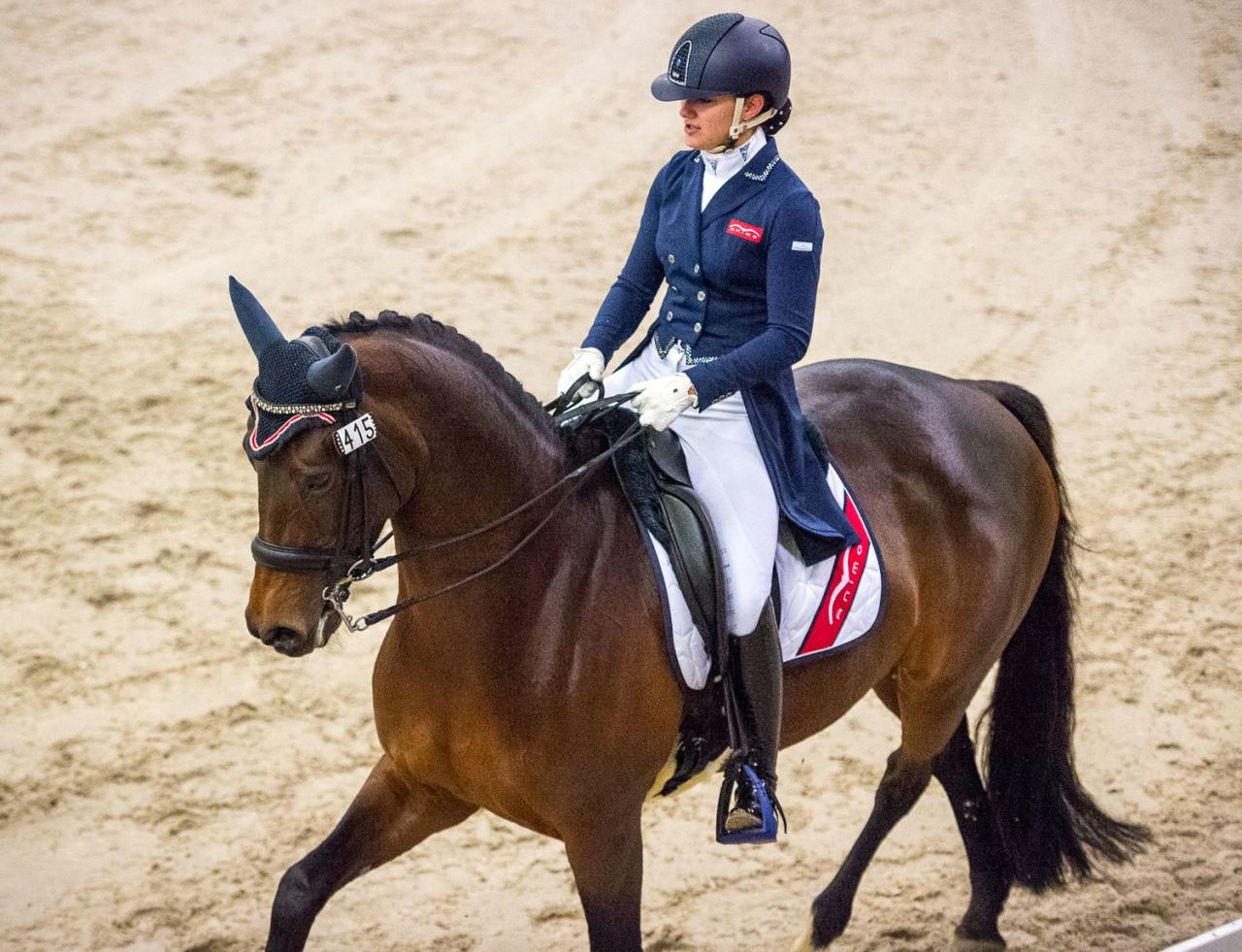 14 May Two victories in Aachen

Posted at 14:41h in Uncategorized by uznstables

The first international show of the new season delivered double success for Lina and Donna Ray. During the Aachen Dressage Days our combination was able to clinch two victories in a rather small but truly internationally coloured field. In the team test, ridden in the Albert-Vahle Arena, Lina and Donna opened with a nice and steady performance, which brought 70,39% on the scoreboard. The judges were unanimous and they also were on day two. Our duo was able to raise their game in the individual test and secured the first place. The performance was rewarded with 71,08% and for the second time the American anthem could be played on the holy equestrian soil of the Soers in Aachen.

Lina was happy with the results, but also critical, as we know her: “I’m happy but not completely satisfied. The feeling that Donna gives in the training and also during the warm up was not fully there in the competition arena. That’s our biggest challenge now. Nevertheless the second test was already better than the first. She was more in front of my leg and better focussed on me. Some time ago it was difficult to mix the training towards U25 level, like working with passage and piaffe, with the Small Tour level at which we are competing now, but also that was better. It was a steady test and we had some really nice points!”