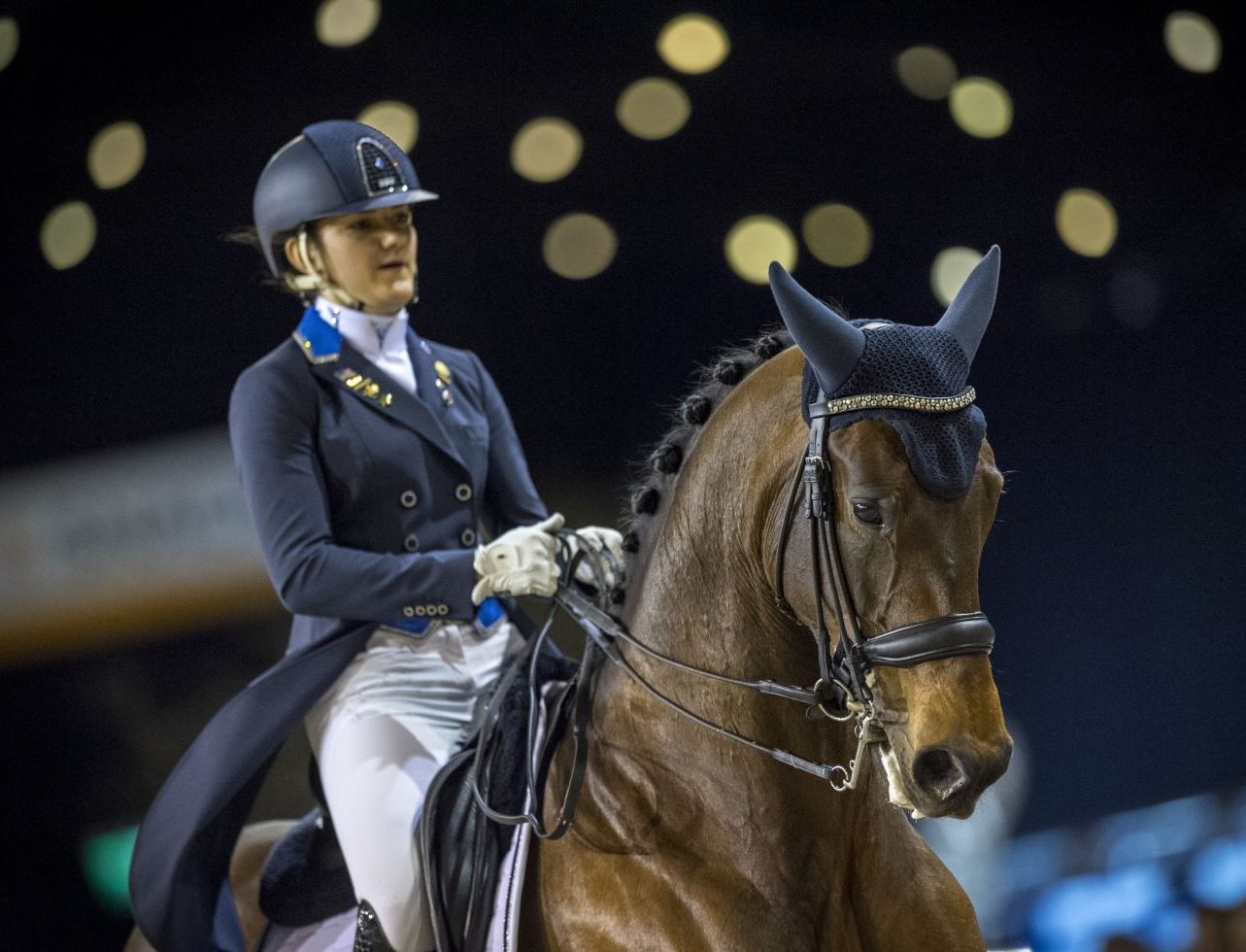 Posted at 14:13h in Uncategorized by uznstables

Lina and Donna claimed victory three times at the first edition of the Dutch Topsport Dressage Exloo! In the Hippic Centre of Exloo they experienced a good build-up. Lina started with a score of 71,54% in the team test. Despite a few costly mistakes and differences between the judges the feeling overall was good. It got even better in the individual test. A score over 72% meant second victory in this FEI event with 14 other competitors from the Netherlands, Germany, Great Britain and Sweden. A nice climax followed in the freestyle. Together with the always energetic Donna Lina was able to ride towards another victory with 75,63%.

Lina tells about her performance: ‘It was really nice with the music. I love this test but it was almost six months ago that we had done our last freestyle. I could focus very well, both on my horse and on the music. And I had to because Donna was still sharp! It also gave me confidence that we did it without Anky being there. Normally she helps me at the shows but not this time and then I tend to get nervous. So I can say I’m quite satisfied. To be honest I had some mistakes in every test but Donna is really getting better and better and it’s nice to see this rewarded. It also means there is still room for improvement. For me the trot part was one of our highlights the past days. Donna has more self-carriage which is a result of the work we do in passage during training. We are aiming to start at U25 level next year but the first goal is our next international show in the beginning of December in Roosendaal.’

Lap of honour after winning the freestyle: 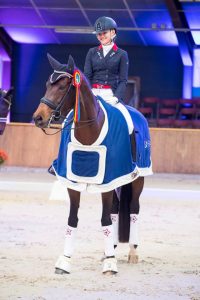