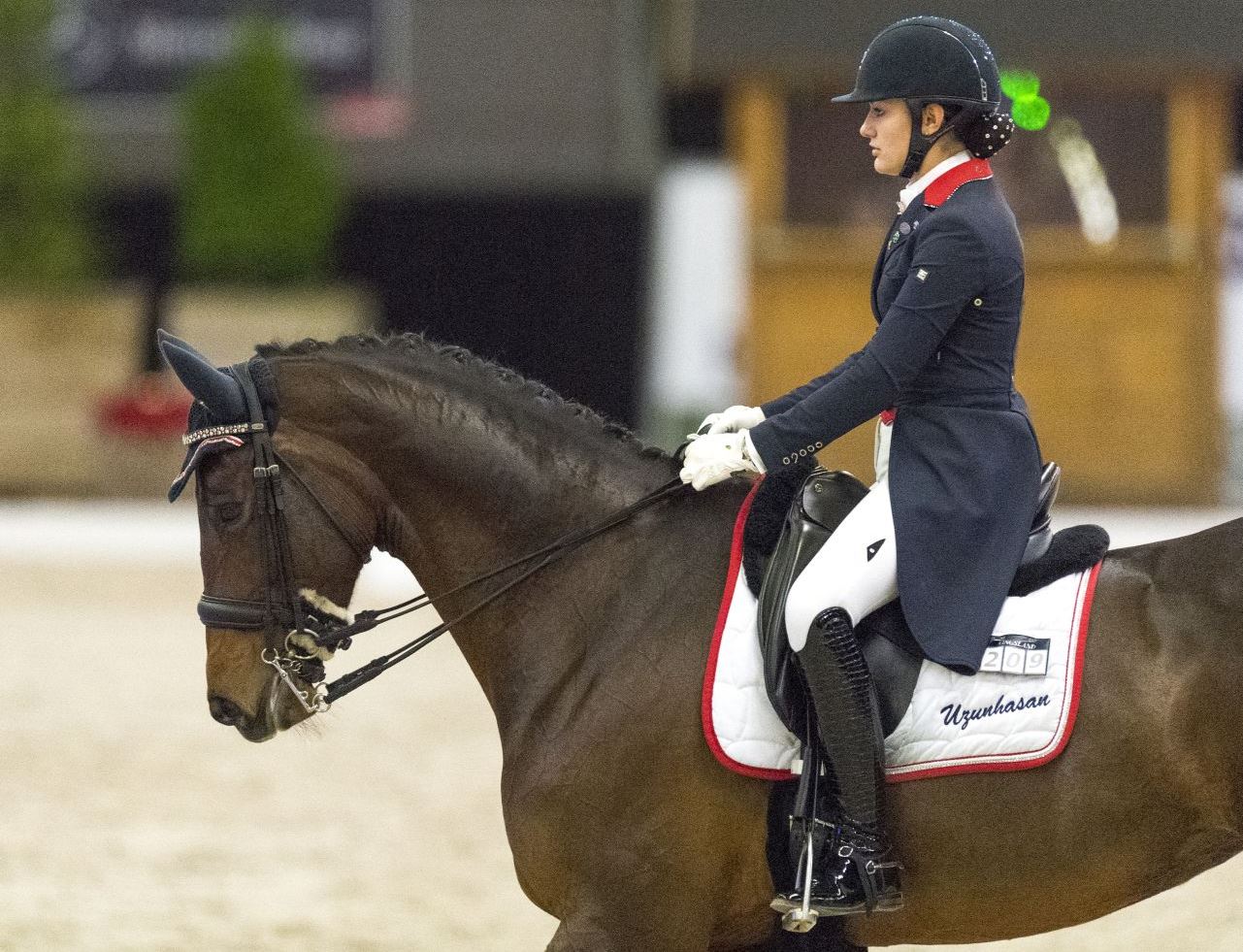 14 May Victory in season opener

Posted at 14:09h in Uncategorized by uznstables

Lina and Donna Ray opened their indoor season in style. A score of 71,45% brought them victory in the Young Riders team test of the Dutch national show Geldrop Hippique. Lina and Donna delivered a fine test with several highlights which forms a good basis towards the first international show of this season, the CDI Exloo, scheduled at the end of October.

For sure Lina was happy with the result but also showed her perfectionistic side: ‘During our training Donna performs even ten times better. In my opinion we were a bit too much in a hurry, as a general impression I think. So it could be much better.’ Nevertheless the right feeling prevails as we read in a comment Lina gave to the website of Hoefslag (in Dutch): ‘I can only be satisfied. We had no mistakes and the trot part has really improved. And we must not forget that it was our first start in the last five months.’

Trainer Anky was with Lina at the show in Manege Meulendijks in Heeze. ‘Anky taught me how I can keep Donna better focused on me. It helps a lot as do the other tips she gives me. I can only thank her for that!’